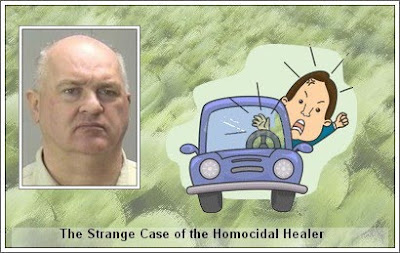 At first glance, it appeared it might be an April Fool's Day gag. But, then again . . .

The headline certainly sounds pretty ominous, not to mention a little silly: “HOA Wants Kids Banned From Playing Outside”. Uh-huh. A Florida homeowners association is going to vote on a proposal to ban children from playing outside.

According to an online article from News4Jax, a Jacksonville news outlet, the proposal states that "minor children will be under the direct control of a responsible adult at all times." No more sending little Johnny out to play, without Mommy and Daddy.

The proposal would also ban the game of tag, skateboarding, Big Wheels and “loud or obnoxious toys” on "common property," presumably whether there was an adult present or not.

The board of the homeowners association claims the proposals are all about child safety. The complex of 48 townhomes has no playground for the children and they have little space to play other than the parking lot. Of course, if it's about child safety, why do they specifically propose to ban “loud or obnoxious” toys?

They're banning all kinds of things these days, for the good of the children, of course.

In November of last year, San Francisco banned toys included with Mac Donald's Happy Meals. The city's Board of Supervisors wanted to protect the kids from turning themselves into chubby little cretins and contributing to the obesity “epidemic” which is apparently sweeping America. But, just how many calories can there be in a plastic figurine of Ronald Mac Donald or Hamburglar?

And, I wonder, do burgers and fries from Wendy's, or the A&W, represent a lesser degree of risk to children's health because they don't come with toys?

In the US, they're getting so ban happy, they're even trying to ban bans. Uh-huh. OK, to be more accurate, they're banning some bans.

Apparently, Arizona's politicians don't want anyone stupidly banning toys in . . . er, with? happy meals and, by extension, making them look stupid. Of course, the powerful and corrupt junk food lobby may be pressuring Arizona's lawmakers so they can continue to addict kids to their deadly junk food fare.

And, then there's smoking. Smokers have been banned from lighting up in public places, private places, outdoor places and imaginary places. No, Virginia, the world of Pandora, the setting of the movie Avatar, is not a real place. But then, the Na'vi aren't trying to ban smoking. It's the anti-smoker zealots in the real world who are trying to ban smoking in the imaginary world of the movies.

And, I wonder which world the homicidal healer hails from; you know, the doctor from Dallas who delights in running down smokers. I kid you not.

Apparently, a Dallas psychopath, euphemistically referred to as a physician, was unhappy with the rate at which smokers were (allegedly) killing themselves and decided to help one smoker give up his unhealthy habit. Unfortunately, the doctor's treatment included ending another unhealthy habit, most often referred to as breathing, by running the smoker over with his car.

The 54-year-old doctor, Jeffrey Reed Thompson, is free on $5,000 bail after being charged with aggravated assault with a vehicle. It is only a rumour that Thompson plans to enter a plea of self defense, claiming the smoker was jeopardizing the health of his two door Mercedes by blowing secondhand smoke on it's windshield.

I really hate to jump on the ban bandwagon, but maybe it's time for a ban on anti-smokers passing themselves off as sane, rational people.
Posted by The Old Rambler at 3:40 PM

I have one quibble though: you end with the thought that:

" maybe it's time for a ban on anti-smokers passing themselves off as sane, rational people."

Rambler, have they EVER passed themselves off as "sane, rational people"? They may have TRIED to pass themselves off that way but I don't think they've ever really succeeded.

A Florida homeowners association is going to vote on a proposal to ban children from playing outside.

I remember working graveyard shift and living in a neighborhood that had (still has) lots of kids playing nearby.

BUT... I never would have imagined even THINKING of something like this.

I slept when I could, ended up moving eventually for unrelated reasons. The kids continue to innocently play there to this day, not LEGITIMATELY bothering anyone, as they always have, I have no doubt.

What is society coming to?

That crap doesn't even surprise me anymore. Actually, I am surprised this isn't taking place in California. That sounds like an awfully California-ish type thing to me.

This homeowners "Association" would probably get along great with the smokercontrol groups, coalitions, societies and the rest.

If it isn't just the same bunch anyways.