No smoking, no e-cigs. It's Nicorettes or nothing 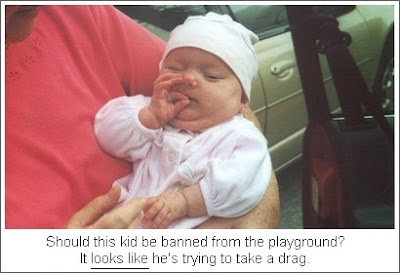 A US Senator from New Jersey, Frank Lautenberg, wants the US Food and Drug Administration to ban electronic “cigarettes”. The Senator claims he is concerned about the safety of the e-cig. His concern, of course, is not likely to be coloured by the fact his 2008 election campaign received $128,000 in donations from the pharmaceutical industry.

However, it is understandable that some people might think he is merely trying to protect his benefactors from the competition. After all, they make hundreds of millions of dollars annually from the sale of alternate nicotine delivery systems like Nicorettes, Nicoderm, etc.

I wrote an article about the e-cig and its growing popularity among smokers a couple of weeks back.(March 14) Frankly, I find it hilarious that the anti-smoker cult is in such a lather over the advent of the e-cig. The cultists must be getting desperate in their continuing quest to persecute smokers if they’re upset by the sight of someone simply going through the motions of smoking.

And, essentially, that’s all the e-cig does. It’s an alternate nicotine delivery device that allows smokers to go through the motions. It provides the nicotine hit demanded by the average smoker while a propylene glycol solution simulates smoke in the form of a harmless vapour. And, it’s free of the chemical additives in cigarette tobacco thought to cause chronic disease.

One of the stumbling blocks, perhaps unfortunately, is that it looks like a cigarette, and at first glance, it appears as if the user may be smoking. And, that’s contrary to the religious tenets of the Holy Church of the Anti-smoker. So, they’re moving to ban the blasphemous abomination.

Says Pat McKone of the American Lung Association (Minnesota): “It very much looks like smoking. It’s confusing for patrons and owners who want to follow the law.”

I think Ms. McKone may be a little confused. Smoking bans ban smoking, not activities which look like smoking. That’s confusing?

Ms. McKone continues: “It delivers nicotine, which is a drug.”

Huh? Hello, is anyone home? Doesn’t the American Lung Association, along with the Non-Smokers Rights Association, The Campaign for Tobacco Free Kids and the rest of the anti-smoker cult actively promote the use of smoking cessation products? And, don’t those products contain nicotine?

Whoops. Sorry. I forgot. Nicorettes, Nicotrol and the like use only Class “A”, pharmaceutical grade, FDA approved nicotine . . . which is still a drug. It appears the cultist’s objection is only to alternate nicotine delivery systems over which the drug companies have no control.

And, undoubtedly, their objection is completely unbiased by the hundreds of millions of dollars received from their sponsors at the Robert Wood Johnson Foundation to persecute smokers and advocate smoking bans. The fact they receive such massive funding from a source so close to the drug industry is probably just a coincidence.

But, I wonder . . . don’t smoking bans encourage the use of the Johnson & Johnson smoking cessation product line which includes Nicoderm, Nicotrol, Nicorettes, etc. Why, it’s almost as if they wanted a monopoly.

And, if Johnson and Johnson lose market share to the e-cig, the anti-smoker cult may lose a significant amount of funding for their anti-smoker efforts.

And, it’s not just the drug companies and the anti-smoker cult which stand to lose money if the e-cig should become a commercial success, as many retailers are suggesting it is.

The tobacco industry faces the prospect of decreased cigarette sales as smokers switch to the e-cig in situations where smoking is banned. Some smokers are reporting decreased cigarette consumption of 50% or more. That can’t be good news to the tobacco companies. Imperial Tobacco recently went on record demanding that government “do something” about the growing trend towards the use of contraband tobacco products which are cutting into their sales.

And, if the e-cig cuts into legal cigarette sales, governments will see further erosion in the billions of dollars in tax revenue which they generate. The Government of Ontario is already whining about the loss of revenue due to the sales of contraband (currently estimated at 500 million dollars) annually.

The decline in tax revenue stems from a situation created by the government through the imposition of punitive levels of tobacco taxation. The law of unintended consequences was simply not taken into account. Of course, there will be no “mea culpa” from either the government or the anti-smoker cult who instigated the legalized extortion of smokers.

No wonder the anti-smoker cult is in a panic over the introduction of the e-cig. There are literally billions of dollars at stake.

The pharmaceutical industry tends to lose. And, they are unlikely to provide hundreds of millions of dollars in funding if the anti-smoker cult can’t deliver the market for alternative nicotine delivery systems.

The government tends to lose hundreds of millions in tax revenue which will have to be transferred onto the shoulders of the general public.

And, the Holy Church of the Anti-smoker tends to lose since they depend on the other two for their funding.

Ah. It’s time to kick back and relax with two fingers of Gordon Highlanders and a good smoke. The universe, undoubtedly, is unfolding as it should.
Posted by The Old Rambler at 3:45 PM

I'm pretty sure that if Big Pharma was marketing the E-cig, we'd be getting discount coupons in the mail to try them, with the (paid-for) blessing of Public Health. The antismokers can lie and snivel all they want, but smokers will NOT knuckle under to a bunch of profiteers and the herds of mindless sheep who bleat on their behalf. I'm all for any product that screws Big Pharma and Big Tobacco at the same time: go E-cig! Perfect for the no-smoking zones and we can still enjoy the real thing elsewhere. PS - love the baby picture!

Good post I agree with you on alot of points. This device is saving peoples lives. It ridiculous that they want to ban. I know for a fact there will be a serious underground market, that will only grow. This is life and death for some people we are talking about.

Another scary idea is population control, tobacco leading killer in the world.

You nailed it right in your opening paragraph Rambler:

"Frank Lautenberg, wants the US Food and Drug Administration to ban electronic “cigarettes”. The Senator claims he is concerned about the safety of the e-cig. His concern, of course, is not likely to be coloured by the fact his 2008 election campaign received $128,000 in donations from the pharmaceutical industry."

Although I'd like to add that Big Tobacco is also not likely to be a big fan of these things.

You also got Pat McKlunk on the "It's a DRUG!" statement while she vigorously supports marketing fresh-candy-flavored NicoGummies. Something that puzzles me though....

If nicotine is supposedly "more addictive" than heroin, and we're selling Rootin' Raspberry NicoGum over the counter to the kiddies (Do you have to "look 27" to buy this gum?) to help them "quit smoking" then why don't isn't there a big push to sell C*H*unky C*H*erry C*H*ik-o-let Heroin Gum out there? Just think of the convenience for those heroin addicts who are thinking of giving it up, or just participating in the Great American Needle-Out Day, or who just want a little *H* break at work without having to go stand out in the parking lot by the dumpster?

Sure, it might catch on a bit among the grade school crowd, but hey, it's not as addictive as smoking, right?

Hey, Old Rambler, we just saw the first advertisement for the Nicorette inhaler on Canadian tv. Surprise, surprise, it's of course perfectly safe and approved. Didn't have to wait long for that, did we?

In America, this will be going to the Supreme Court under 1st Amendment Rights! A product that puts out zero output, has no odor, and stops Big Tobacco and the makers of "stop smoking aids" as well as city/state/governments from illegally taxing the crap out of people? Hospitals use THE EXACT SAME TECHNOLOGY with the same nicotine! And, America cannot make a law that actually and factually bans "something we don't like to see people doing". And that's all it is. The Anti-Smoking (Church of the Poisoned Mind) cannot stand to see people doing something that gives them sooooo much enjoyment. Well, they made the rules, someone figured out how to run over them. Sure, they'll say, "But the inert ingredient that makes the vapor will cause (insert list of any made up, terrorizing, used-for-justification bald-faced lies here)! Tough. If anything they come up with WERE true, it's that person's right as it is not transferring to any other person. Unless there's a new Amendment that makes eating a jar of peanut butter against the law if that jar it isn't tested first by the FDA for 10 years before you are allowed to buy it .....

The war is lost, churchgoers, the enemy lies revealed. And YOU were their brainless, careless, soldier-slaves.

Smoking my new NJoy e-cig for 4 days now. Lung capacity has risen 40%, cough has subsided, no more asthma, doctor THRILLED! Went from smoking 4 packs a day to 6 real cigarettes in the last 4 days and I had no intention to quit. Wasn't even trying. Have ordered another e-cig as boyfriend wants to "vape" (faux-smoke) and sent websites to 15 people who asked first, were amazed, are buying them for themselves or loved ones. Non-smokers (BIG diff between the non and anti!) LOVE the lack of smell as well! Am now allowed to "vape" at my desk, productivity up, no lost calls, no whining from the non-smokers that I get more "break time" than they do. Buh-bye Big Tobacco!

FDA has to ban E Cigarettes also
as that is also harmful to health.

Great post.Nice blog.smoking is one of the harmful addiction to the health.smoking causes lung cancer.smoking cigarette contain carcinogen,nicotine is responsible for lung cancer.

I think your article its very important and interesting,good work, thanks for sharing!!

That’s all the e-cig does. It’s an alternate nicotine delivery device that allows smokers to go through the motions.

Your blog is outrageous! I mean, Ive never been so entertained by anything in my life! Your vids are perfect for this. I mean, how did you manage to find something that matches your style of writing so well? Im really happy I started reading this today. Youve got a follower in me for sure!